Our Rental Trends Tracker contains the latest yields, rents, supply and demand data to share with your landlords. The data below is taken from 301,137 properties advertised on Rightmove by agents between 1st October 2021 and 31st December 2021, excluding short lets.

Our quarterly Rental Trends Tracker reveals that asking rents in Great Britain are rising at the fastest rate ever recorded at the start of 2022.

Average asking rents hit annual growth of 9.9% to reach £1,068 per calendar month (pcm) outside of London. This is the highest annual jump on record, recovering from the slowdown in rental growth in the months immediately after the pandemic started.

Wales (+12.7%), the North West (+12.5%) and the South West (+11%) lead the way in annual asking rent growth, while London hit record annual growth of 10.9%, with asking rents now 3% higher than before the pandemic started – the first time they have risen beyond pre-pandemic levels.

At the end of 2020, London recorded a near-record 6.4% drop in average asking rents, as demand shifted away from the capital during another lockdown. Tenants looked for more space outside of cities, flats temporarily fell out favour, and landlords offered tenants willing to stay cut-price rents.

By the end of 2021, London rents are higher than before the pandemic started, as its popularity returned and landlords were able to negotiate higher rents for the new year.

Inner London rents also grew at a record 16.2%, recovering from its drop of 14% at the beginning of 2021, to also rise just ahead of pre-pandemic levels for the first time.

The squeeze on available rental homes

The imbalance between high tenant demand and low rental stock is supporting asking rent rises and has led to competition between tenants for the rental properties available nearly doubling (+94%) compared to the same period last year.

However, the number of available rental properties is 7% higher than the same period in December, a sign of availability improving at the start of the year.

Flats have seen the highest increase in competition compared to last year (+132%), followed by terraced houses (+40%) and semi-detached homes (+30%).

Charts and stats to use in your marketing 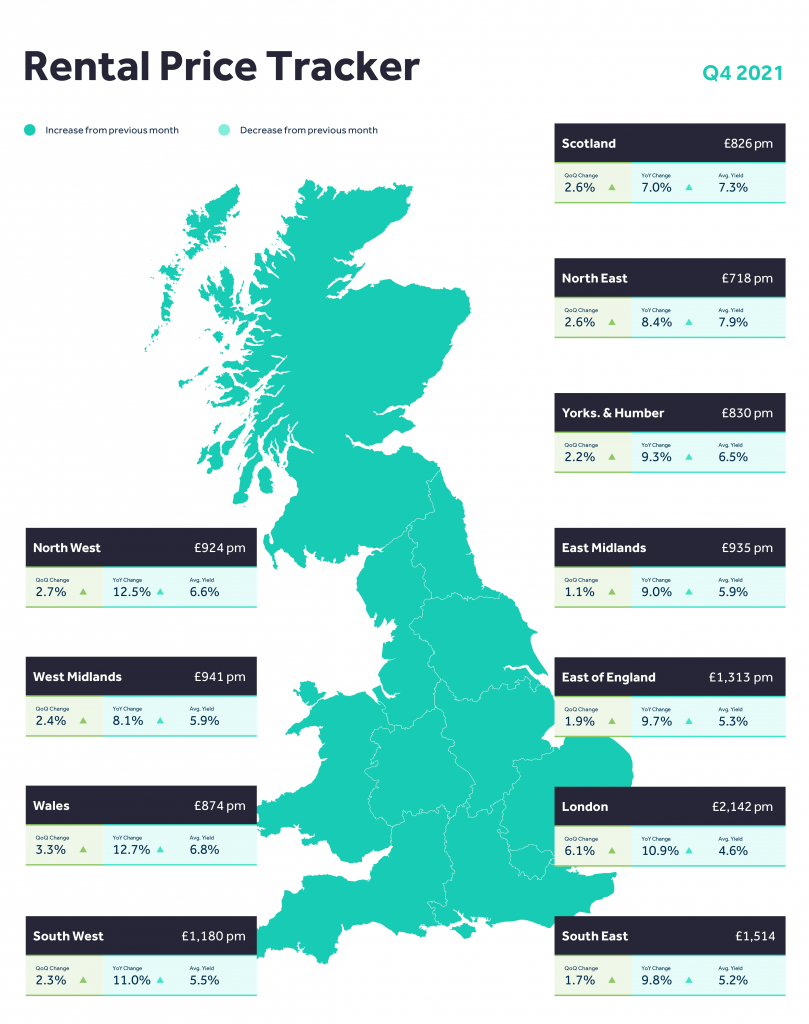 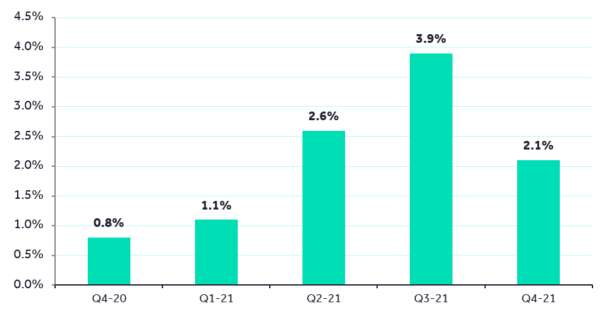 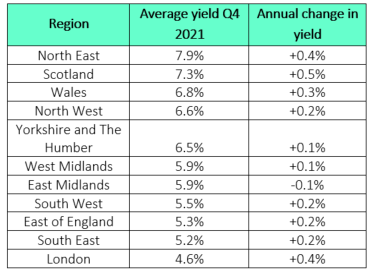 How to beat the conveyancing slowdown, with Peter Ambrose