Our Rental Trends Tracker contains the latest yields, rents, supply and demand data to share with your landlords. The data below is taken from 311,261 properties advertised on Rightmove by agents between 1st January – 31st March 2022, excluding short lets.

Headlines: Asking rents jump by 11% in most competitive rental market ever

Our Quarterly Rental Trends Tracker for Q1 2022 reveals that national asking rents outside of London have hit a new record, rising to £1,088 per calendar month (pcm).

Average asking rents have risen from £982 pcm over the last year, to take annual growth in asking rents outside of London above 10% for the first time (10.8%).

The imbalance between high tenant demand and the low numbers of properties available continues to drive growth in asking rents.

Across Great Britain, tenant demand is up by 6% and the number of available rental properties is 50% lower than this time a year ago.

This time last year, the number of available properties in London had risen by 19% compared to 2019, as London temporarily fell out of favour with renters. Now, demand is up by 81% and available rental properties are down by 47% in London compared to the more normal 2019 market.

The result of this ongoing mismatch between tenant demand and the properties available to rent means that tenants looking for a new place to move to are being faced with the most competitive rental market that we’ve ever recorded.

There are more than triple the amount of tenants enquiring as there are rental properties available, meaning a high likelihood of landlords being able to choose between multiple suitable tenants.

As asking rents increase across Great Britain, with nine regions recording a more than 10% rise in asking rents compared to last year, demand is growing for areas outside of price hotspots that offer the opportunity of lower rents, while still being in commuting distance of the major cities for work or leisure.

Manchester and Liverpool are two of this quarter’s top five rental price hotspots, with asking rents increasing by 19.3% and 17.1% respectively compared to this time last year.

At the same time, demand has increased in areas surrounding Manchester and Liverpool with lower average asking rents – seven of the top ten rental demand hotspots are nearby the cities.

Prenton and Birkenhead, the top two hotspots, have average asking rents of £591 and £551pcm, compared to £876pcm on average for nearby Liverpool.

Charts and stats to use in your marketing 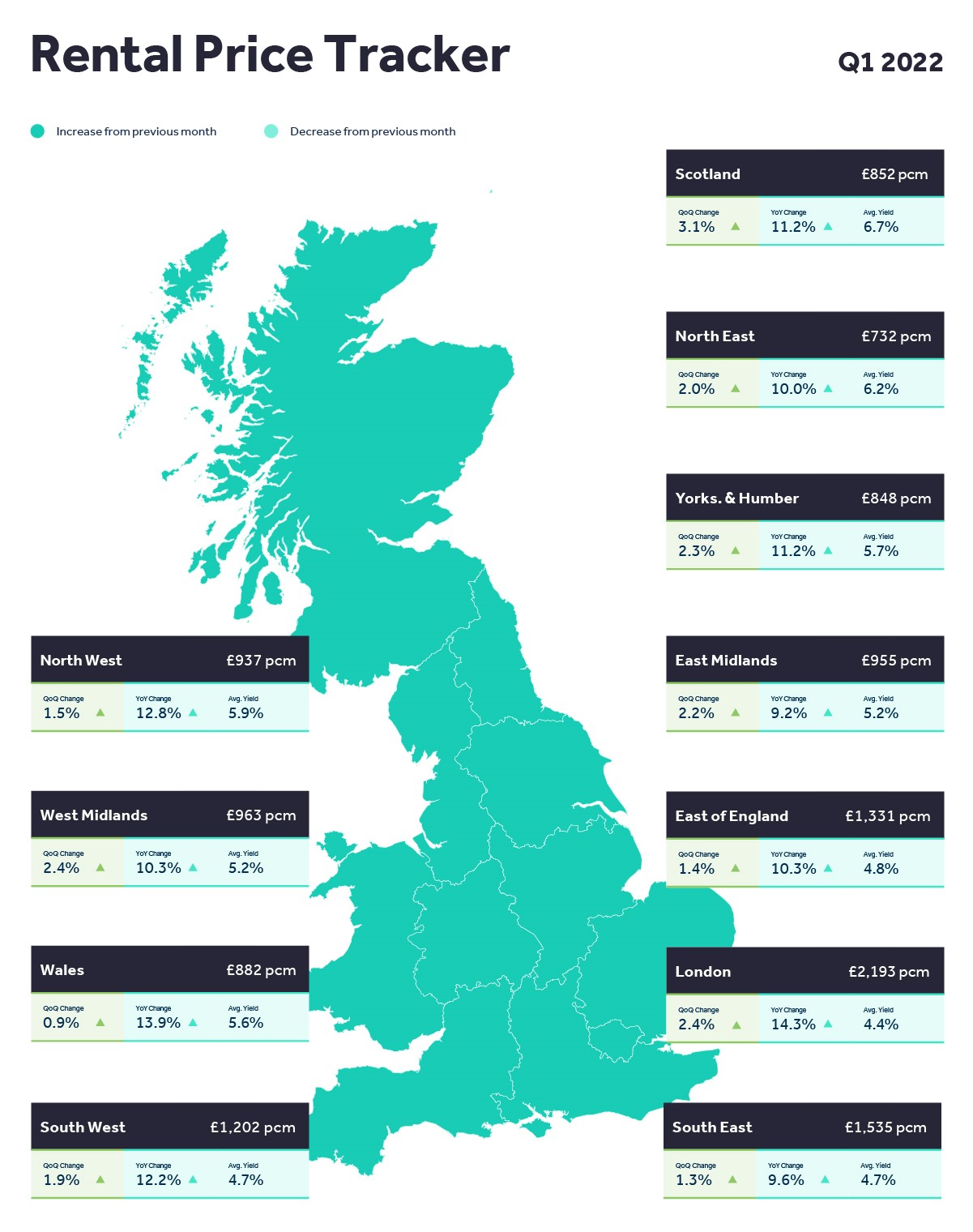 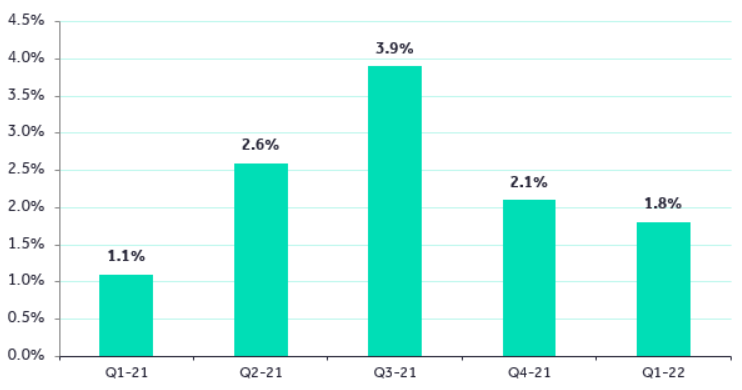 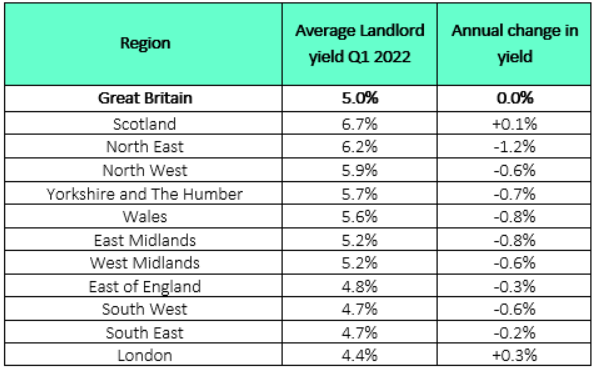 Rent Guarantee –  Everything you need to know