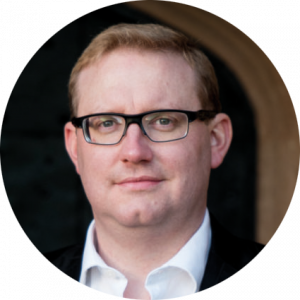 The government has released its long-awaited “Renters Reform” white paper. The 86 page document, available here, set out plans for fundamental changes for the lettings industry over the next few years.

57% of landlords tell us their biggest concern is increasing compliance requirements, so it’s vital you understand these proposed changes to best support them.

We know you’re short on time, so our Legal and Compliance Director David Cox, one of the lettings industry’s top legal experts, has gone through the white paper and supporting documents for you.

In this article we’ve outlined the key announcements. We’ve also included David’s responses to common questions posed by agents and developers on his recent webinar (watch the replay here).

Q: “Does this apply to non-housing act tenancies?”

David: “No. It is only relevant to Assured Shorthold Tenancies and anything governed by the Housing Act 1988”.

Q: “Does this apply to student properties?”

Q: “Does this mean agents will no longer be able to earn money for tenancy renewals?”

David: “I’m afraid so. You’ll need to plan for how you adjust your business model to account for this loss of income.”

Q: “Will landlords now be responsible for the council tax, given all tenancies will be periodic?”

David: “The Leeds Council vs. Broadley case (2016) ruled that if the contract is a statutory periodic, then the landlord is technically liable for the council tax. So, in theory, yes. There’s nothing in the white paper around this, though, so it needs clarifying by the government.”

Q: “Will the tribunal be able to increase as well as decrease rents?”

David: “No. They judges will not be able to suggest a rent higher than what the landlord has proposed. They will only be given powers to reduce the rent if they deem it to be excessive.”

Q: “Will the landlord have to pay for the injunction themselves?”

David: “It’s to be confirmed. Based on the way it’s drafted, I would assume that the landlord will have to take the injunction and the agent will be able to claim that from their insurance policy, so long as it’s written into the contract that the tenant needs to indemnify the landlord.”

Reform of grounds for possession

Q: “What’s to stop landlords using the new ground for selling the property to get around the Section 21 ban and evict the tenant only to replace them with another?”

David: “Like with Section 21, you won’t be able to use it for 6 months. The government has also put in place some restrictions to stop it being used for nefarious reasons. Once the tenant has left, you won’t be able to re-market the property for at least 3 months. Something similar has been in place in Scotland for some time, where you will need to demonstrate that the property is genuinely on the market for sale.”

Ban on “No DSS” and “No families / children”

Q: “What if it’s a condition of the landlord’s buy-to-let mortgage that they can’t rent to someone on benefits?”

David: “If it’s going to be banned, then it wouldn’t be enforceable for a mortgage company to still include an illegal clause in their contract. They’d be in reach of the Consumer Protection Regulation and Consumer Rights Act. More than 90% of mortgages have already dropped their “No DSS” clauses. Others are saying that even though the clause remains, they won’t enforce it.  If your landlord has such a clause in their contract, it’s a good idea to contact the mortgage company and ask them to write you a letter to say they aren’t going to hold them to the “no DSS” rule because it’ll be against the law.”

A tenant’s right to pets

Q: “What if a building’s Head Lease says no pets? How will the “no pets” rule work?”

David: “In many ways this is a continuation of the rules that exist today. You’re allowed to withhold consent if you have a reasonable excuse, and not being allowed to have a pet due to it being a condition of the superior lease on the property would count as an acceptable response.”

Q: “Can we still charge higher rents for a tenant that wants to move in with a pet?”

David: “Yes, I don’t see why not. There’s nothing in the tenant fees ban that says you can’t. We’ll have to wait and see what the bill itself actually says though.”

Q: “How will pet insurance be policed? What’s to stop the tenant taking it out and then cancelling it after moving in?”

David: “This is a minefield and it’s something the representative bodies for lettings agents need to speak to government about to clarify. It’s going to be a permitted payment so I’d assume lots of agents will take out the policy themselves and mandate it as part of the tenancy agreement, then increase the rent to account for the extra cost of renting with a pet.”

Q: “How will the new Ombudsman interact with the different Ombudsman for agents? Will they get combined?”

David: “The government have not provided any information on this yet.”

Other key announcements in the white paper

Implementation of the proposed changes

Q: “What’s your best guess at some actual dates?”

David: “Given the timings involved to get each stage through parliament, the earliest implementation date would be April 2024 if the government pushed things through as quickly as possible. That is unlikely to happen, so 2025 may be a more realistic date.”

Put your questions to the expert

As this is such an important topic, we’ll be dedicating time every month on our “News Hour with David Cox” webinar to cover the proposals in more detail. We’ll also share any updates as they become available. This is your opportunity to get your questions answered by the expert.