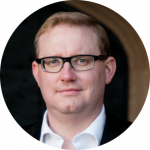 In our recent News Hour webinar, Rightmove’s Legal and Compliance Director David Cox outlined the changes and answered dozens of your questions. Here’s a summary of the discussion.  Catch up on the webinar recording here.

Where to find the official details

Here are some useful links to the official regulations. The 2015 Regulations still apply, with the 2022 Regulations adding to those already in play.

Do these regulations cover England, Scotland and Wales?

No. They only apply to England. Separate rules are in place for Scotland and Wales.

When will the guidance for landlords be published?

We don’t know yet. The Government hasn’t issued any update on this. The 2015 Guidance is still relevant and the 2022 Guidance is likely to be a relatively minor update to that.

Does the new legislation apply to all properties with a tenant in situ or only new lets?

All properties need alarms. Testing is only required on the first day of new tenancies beginning on or after 1st October 2022.

Do the testing rules apply to tenancy renewals?

No – they only apply to new tenancies starting on or after 1st October 2022. An existing tenancy that is renewed or becomes periodic is not a new tenancy for the purposes of these regulations. The rules apply if a new tenancy agreement is being entered into.

Who is responsible for making sure smoke alarms are in the property – the landlord or agent?

The landlord is responsible. They can, of course, instruct the agent to do the work for them, so long as that is written into your contracts. If it isn’t, then the landlord is legally liable.

How often should alarms be tested?

Landlords will need to test on the first day of the tenancy and then repair or replace alarms “as soon as reasonably practicable” after a tenant has notified them of a fault.

Can we test alarms as part of the inventory?

Can we send the tenant an alarm to install themselves?

No. It is the landlord’s responsibility. We would not recommend placing compliance in the hands of the tenants, as the landlord is liable for any issues.

Are battery alarms acceptable? Who is responsible for replacing batteries?

Yes. The 2015 Guidance makes clear that tenants are responsible for changing batteries during the tenancy.  If you have a record of the alarm on the inventory with the batteries in it and the tenant subsequently takes them out, they would then be responsible for any consequences. The only time battery alarms would not be acceptable is for a block of flats where the building regulations/license stipulates an alarm needs to be hard wired.

Who is responsible for checking if smoke detectors have expired?

You/the landlord will need to check they’re working on the first working day of the tenancy. If they’re passed the use by date, they should be replaced (even if they’re working) as they could technically be classed as “faulty” under the new requirements.

Is a smoke alarm required on a half-landing if it has a liveable space, e.g. a bedroom or study?

Yes. This is best practice under the 2015 Guidance.

Do smoke alarms need to be main wired or can they be free standing?

They don’t need to be wired. They do need to be “fixed to a ceiling in a circulation space, i.e. a hall or landing”.  The only caveat to this is if any building regulations or licensing requirements for a block of flats require it to be mains wired (or a certain type of battery, e.g. lithium).

What alarms are acceptable to use? Can you use a combined smoke/CO alarm?

All alarms must meet the British Standard. This is BS EN 50291 for CO alarms and BS 5839 for smoke alarms.

What is classed as a “room” for the new CO rules?

Any room including a hallway or landing, where any fuel is burned except a gas cooker. The “living accommodation” caveat only applies to smoke alarms. The requirements for CO alarms are stricter. They should be included in any room with a potential source of carbon monoxide. This includes cellars, lofts, outside garages and cupboards.

Where should the CO alarm be positioned?

At head height, either on a wall or shelf, 1 to 3 metres away from a potential source of carbon monoxide.

If a gas boiler is located in a garage, is it within scope of the CO alarm requirements?

Yes – whether it’s integrated (e.g. within the house under a bedroom), or a separate garage, this would class as a room and require a CO alarm.

Do CO alarms have to be tested with shroud and testing kit?

Do CO alarms have to be fitted/mains wired, or is a freestanding one okay?

Freestanding is fine. The guidance says it can be on a shelf and at head height. Remember that smoke alarms must be fixed to the ceiling.

Do we need a CO alarm next to a fireplace with an open chimney, even if the tenancy agreement says no fires allowed?

Yes. It is still a source of fuel if the fireplace can still be used.

What about a closed off fireplace?

If it’s very obvious that it’s capped off and the chimney is sealed then no alarm is required. For fireplaces that might not be used but aren’t obviously capped off then it’s best to err on the side of caution and provide an alarm, which are inexpensive, given the potential risks involved.

Where do we position the CO alarm if a boiler is located within a cupboard?

Where do we position the CO alarm if the source of CO is in the loft?

Near the door is probably best, and another outside in the hallway.

What if we have an open plan space with multiple fuel burning appliances in it? Do we require multiple CO alarms?

Yes – within 1 to 3 metres of each separate fuel burning appliance.  If the room includes the kitchen, then the Government’s response to the consultation indicates that they’ve excluded gas cookers to avoid the need to have 2 alarms in the same room (i.e. the kitchen). So if one of the appliances is a gas cooker, you just need the one CO alarm for the other fuel burning source.

The legislation doesn’t define a “gas cooker” so you can assume a hob is acceptable as it is used for cooking. This needs to be clarified in the Guidance when it is published. The law excludes gas cookers but it’s still best practice to include a CO detector if a gas cooker is present.

Do you need a CO alarm for a fridge freezer? Or if there’s no gas in the apartment and it’s all electric?

No. This only applies to appliances where fuel is being burnt. Gas, coal, wood, biomass, oil – all of those are classed as combustable fuels.

What evidence do we need to keep on file to confirm CO alarms are in place?

It’s best to note them on the inventory, along with a photo.

Put your questions to the expert

Join our monthly News Hour webinar with David Cox to get your questions answered on all things legislation.

Direct Marketing Is Not Dead: How to market when GDPR becomes law